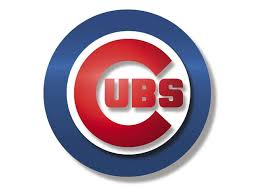 Ray graduated from Balyki High in the class of 1969 and was a member of First Southern Baptist Church in Beardstown. After graduating high school, Ray began a 38-year career with Oscar Mayer and retired from Excel Corporation in Beardstown. In his younger years, Ray enjoyed hunting and vegetable gardening. Fishing the ditches has always been a favorite past time. In recent years, he spent a lot of time at the Bait Shop visiting with friends. Ray liked to have a cold beverage and press his luck in hopes of winning big. He was an avid Chicago Cubs fan and will be missed greatly by all who knew him.

A celebration of life fellowship will be held from 1-7 PM Saturday, June 25, 2022 at the home of Shannon Nunez, 1401 Washington Street, Beardstown, IL 62618. Colwell Memorial Home in Beardstown is in charge of arrangements.

Memorials have been suggested to Beardstown Park District; please memo Learning to Fish Program. Condolences may be left online at www.colwellmemorialhome.com or on Facebook at Colwell Memorial Home.

To send flowers to the family or plant a tree in memory of Ray Goben, please visit our floral store.

A Memorial Tree was planted for Ray

Join in honoring their life - plant a memorial tree