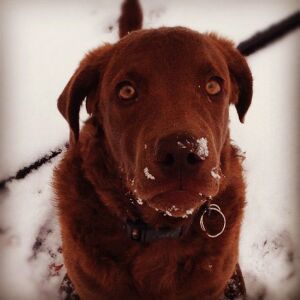 Michael James Lucas, 58 of Fairbanks, AK and formerly of Beardstown, died Sunday, January 15, 2023 at his home.

He was born November 24, 1964 in Beardstown, the son of Bernard “Bud” and Elizabeth Jane Cooper Lucas.

Mike graduated from Beardstown High School in the class of 1983. He joined the United States Air Force and later in life received his associates degree in applied physics from Colorado Mountain College in 2014. He worked all his career for the IBEW Union as a journeyman and retired in 2021 from Northern Power Line Construction as a foreman. Mike had an absolute love for the outdoors and enjoyed hunting, fishing, gardening, 4 wheeling and snowmobiling. Over the years, he had several Chesapeake Bay retrievers and is currently raising “Spud” who he took for a run each day. Mike had a passion for history and learning about his ancestry which led to his fond feelings of the Irish heritage. His dream was to live in Alaska, and he made that dream come true. He was living his best life, but his true center of life was his daughter. Erica was always his priority and helping her in whatever life brought, meant the most to him. Mike was a social person and loved his sisters but most of all he wanted Erica to have everything she needed and more. His presence will be missed by all those who knew him but carried on in each of their lives.

Funeral services will be held at 10 AM Monday, January 23, 2023 at Colwell Memorial Home in Beardstown. Burial will be in St. Alexius Catholic Cemetery. The family will meet with friends from 2-4 PM Sunday at the memorial home.

Memorials have been suggested to Beardstown Elks Lodge #1007 or Schuyler County Humane Society. Condolences may be left online at www.colwellmemorialhome.com or on Facebook at Colwell Memorial Home.

To send flowers to the family or plant a tree in memory of Michael "Mike" James Lucas, please visit our floral store.

Video is available for this event