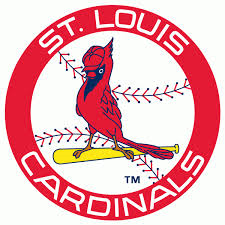 He was born October 20, 1949 in Beardstown, the son of Robert “Bob” and Betty Wells Davis.

Ken graduated from Beardstown High School in the class of 1967.  He worked as a cook for Fossil Inn in Colorado and Sniggs on the River in Beardstown. He obtained his CDL and drove a truck for Gully Transportation of Quincy, and also drove for Blacks Van Service in Beardstown, hauling around the railroad guys. Ken was a car racing enthusiast, and his favorite track was Daytona. He enjoyed puzzles, coloring, and cheering for the St. Louis Cardinals and never went anywhere without his Cardinals hat.

Memorial services will be held at 11 AM Thursday, June 17, 2021 at Colwell Memorial Home in Beardstown with Pastor Mike Courson officiating. There will be no visitation. Private family burial will be held in the Beardstown City Cemetery.

Memorials have been suggested to Beardstown Christian Academy. Condolences may be left online at www.colwellmemorialhome.com or on Facebook at Colwell Memorial Home.

To send flowers to the family or plant a tree in memory of Kenneth Robert Davis, please visit our floral store.